Veysel Dinler was born in Çorum, Turkey in 1979. He received his high school diploma from the Police College and a bachelor’s degree from the Turkish National Police Academy. He got his LLB from the Near East University School of Law. He worked for the police as a crime scene investigation expert from 2000 to 2008. He was an officer in the United Nations Police (UNPOL) in the United Nations Mission in Liberia (UNMIL) between 2006 and 2007. Before resigning from the police, he served as the Chief Inspector.

He received his master degree’s from the Süleyman Demirel University Department of Public Administration in 2003. His master’s thesis was titled “The European Convention on Human Rights and Political Parties”. He obtained a second master’s degree from Police Academy Department of Crime Research in 2009, completing a thesis entitled “Obtaining Evidence in Turkish Criminal Procedure Law”. He obtained his PhD in 2013, with a doctoral dissertation entitled “The Limits to State Power in Criminalisation and Punishment”. On July 8, 2021, he received the title of associate professor in the field of Public Administration.

Since 2008, he has been an instructor in the Hitit University Department of Political Science and Public Administration and, he has been a faculty member at Hitit University since 2014. Veysel Dinler’s research interests include constitutional theory, human rights, criminology, and criminal law. He instructs courses at both the undergraduate and graduate levels. 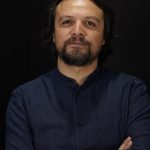